Will looking up homemade multipurpose cleaner I wondered if I could do the same with lemon tree leaves. I already knew they were non toxic and I assumed they had all the goodness of lemons. Plus my tree has only just started to bare fruit. The fruit is far to young to pick. That’s how I stumbled onto posts about lemon tree leaf tea or lime leaf tea. I looked it up some more and did some research before trying it out

I was very pleasantly surprised. I would like to research it some more though. It tasted like lemon flavouring without any acidity or bitterness. It was very mild and very nice with honey.

I really enjoy trying out new teas like this. Especially natural tea or tea you can make at home. I plan to buy some dwarf fruit trees this year. Mostly orange, pink lady apple and a lime tree. I’m also sick of some of the rediculous prices. Having lived somewhere that use to grow oranges I know that quite often leaving them on the tree is like self storage. It feels as though it fruits all year round and I miss having that luxury of fresh non-chemically treated fruit.

Last year I got a food dehydrator and started making orange chips. I thought about it though and decided I’d rather be doing it with home grown oranges. Fortunately Bunnings still sells miniature fruit trees from time to time. They currently have a lime tree so that’s the first thing I’m going to buy this week.

So some of you may know from my twitter but some few weeks have passed now since I bought a Ronson Rice cooker. Before this we had a gifted one. A Kmart Homemaker cheap one. The cheap one was good at first but it had a lot of problems that made it dangerous to use. It would constantly over boil no matter how you did it and often the rice was undercooked. It over boiled over the power cord where it plugged in and I hated it. In fact since it was our first rice cooker we thought well maybe they are all like this so I hit up youtube and saw a Ronson Rice Cooker in action. I had to have one. In the meantime I had to wait. I started washing my rice before I cooked it to remove the starch. This helped a great deal with the over boil in my cheap rice cooker but it would still over boil and spit. I’d have crusty rice water all over my kitchen bench and curtains. It was frustrating.

Then my Fiance gave me $50 for a blender. Of course by that time the blender I wanted was gone and a better one appeared for $70. So I looked up a few stores online for a rice cooker and found a Ronson rice cooker for $40. I think it was either $40 or $45. Either way it was possible to buy it. So I did. I’m extremely happy with it. My old one was hard to clean, this one promised easy clean and it was true. I use a wet sponge. Wipe it out and it’s done. And the feature I adore the most about it is it’s steam water residue catcher. You open the lid, the water trickles down into a detachable compartment. No water on the outside any more. No more danger of water near a power cord. I can have my rice prewashed or unwashed and it never over boils. I love it’s pressure cooker style lid and little steam chimney! The lid is definitely one of my most favourite features. I burned myself many times on the cheap one. Even while using oven gloves and a tea towel, the pot, though in warm mode would still spit because of the liquid on the rim. The Ronson rice cooker has won my heart. It’s safe, it works and it does everything promised. And it keeps my rice warm instead of turning it into a crusty uneatable brick like my old cheap one.

Below are a few photo’s of my Ronson rice cooker. One photo is off the first wash of rice and all the starch that came off it. I read somewhere many people saying wash first but they didn’t know why they were just raised that it was important and then finally I read why from someone and it makes perfect sense. My mother always washed her rice after cooking to remove starch but I personally don’t believe cooking that starch into it and washing off residue last. I’d rather do what I can in the beginning.

This rice cooker is worth buying. I love it and use it nearly every night. 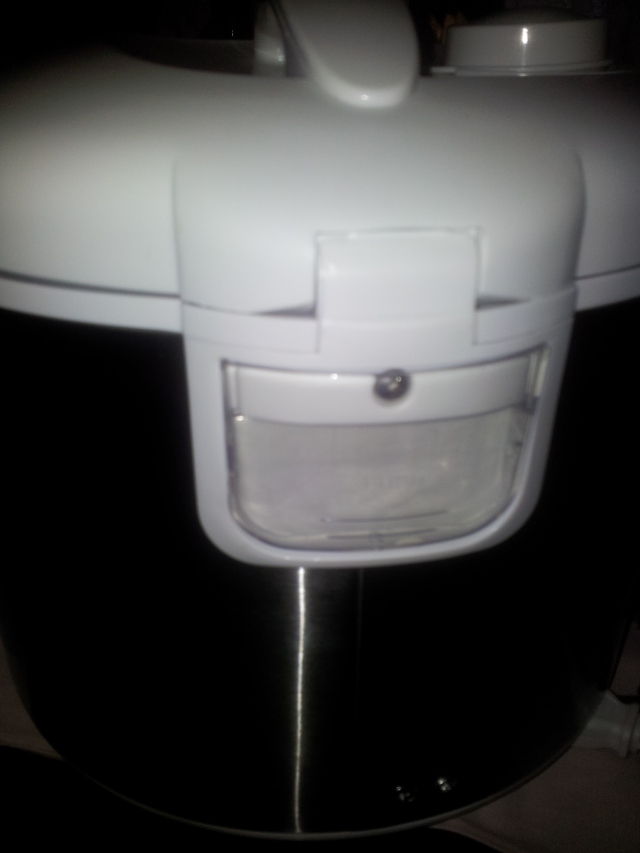 Children illustrator based in El Salvador

A Compendium of Chaos

News and updates on our projects.